Christmas In Winter Lunch at

The scene was set on a bright sunny day; and upstairs at Nepa Bliss (Nepalese and Indian cuisine) 360 Bridge Road Richmond, a colourful event unfolded. The 39 guests, (including 2 children) were welcomed to the celebration, and enjoyed a glass of champagne or orange juice, with the compliments of CAS, while everyone arrived and settled in. The Kris Kringle gifts arrived with the guests, and made a very colourful collection.

The Nepa Bliss staff had set up the room beautifully, with two long tables with white napery, and white fabric covered chairs with colourful sashes and bows on the chairs. Robert and Fred had decorated the tables with Christmas decorations, name cards and banquet menus that Cressida had brought.

As the guests filled the space, and enjoyed reunions of old friends, and meeting new guests, the room was soon filled with excited conversations, which continued as everyone was seated, and the entrée platters were served: Chicken Momo (Nepali style dumplings), Lamb Choila (marinated Kathmandu style), and Aloo Sadeikio (potato with lemon & spices). 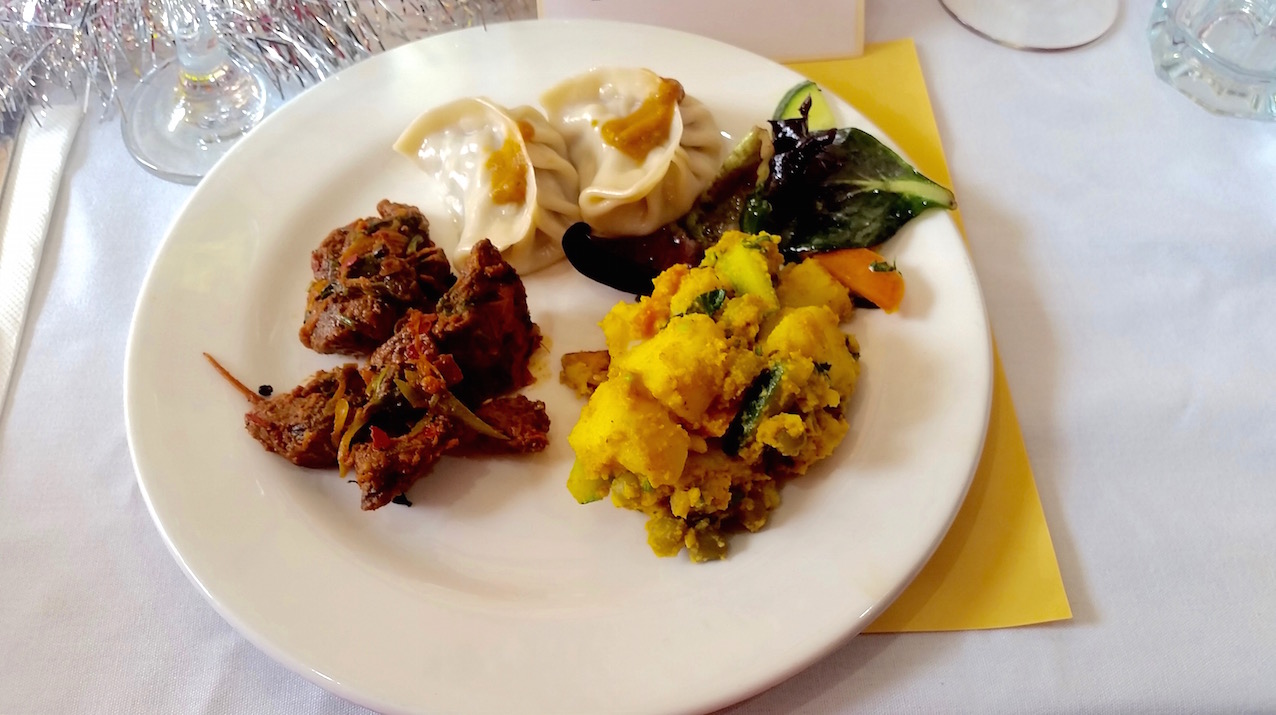 In between the entrée and main course there was an opportunity for conversations amongst the guests of ideas and information on art, painting techniques, health and many other topics. There were some other interesting conversations on religious and cultural backgrounds. And that was just where we were! There were many other happy conversations going on throughout the room. The iPhones appeared to illustrate stories, take photos and images were shared across the table.

There were some good stories. One of our members had written a report on another member’s exhibition in the Fitzroy Library 5 years ago, and recently received contact from this member, thanking him for his report. Some art gossip: Caravaggio killed someone, Picasso was a misogynist, and Rembrandt did dodgy things. Apparently Michelangelo wasn’t very nice either. 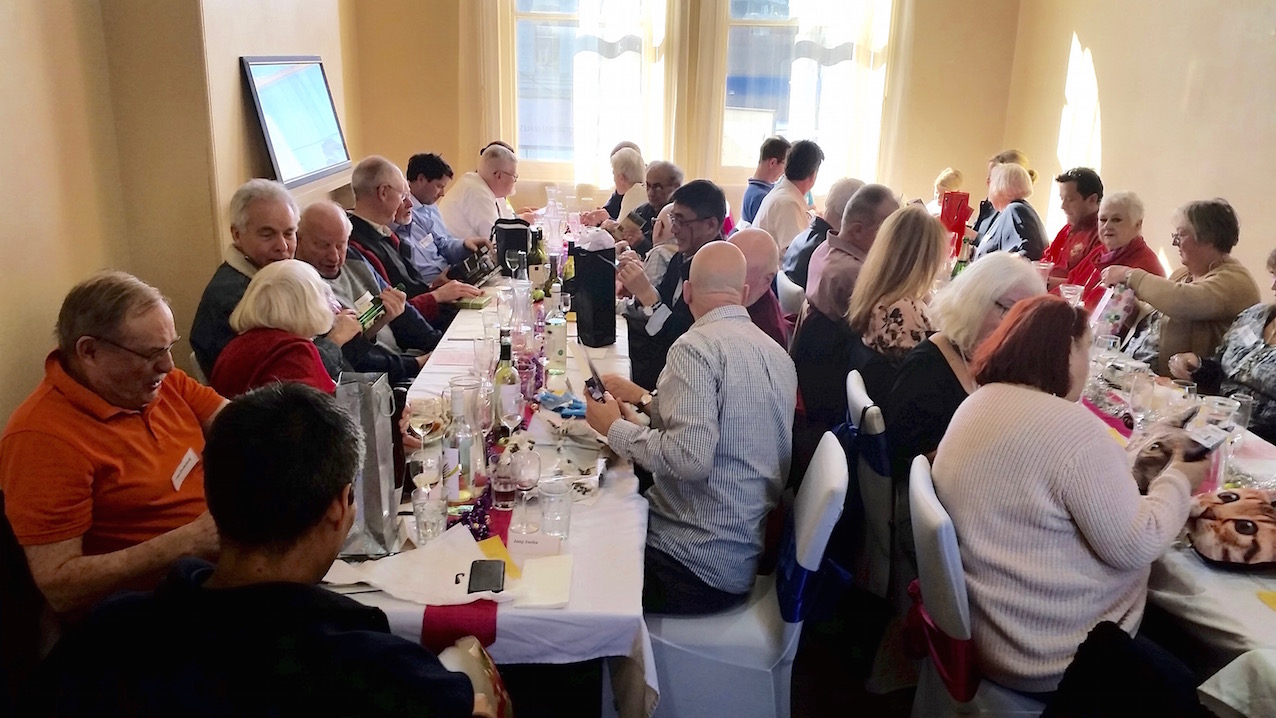 Before dessert, CAS President Robert Lee randomly selected and distributed Kris Kringle gifts, asking guests not to open them until they were all given out, but some understandably could not resist the exciting lure of the unknown. Everyone unwrapped their gifts, with the option to swap if they wished, but there were many exclamations of delight. Gifts included art materials, art books, artworks, sets of ceramic ware, decorative bowls and platters and more. 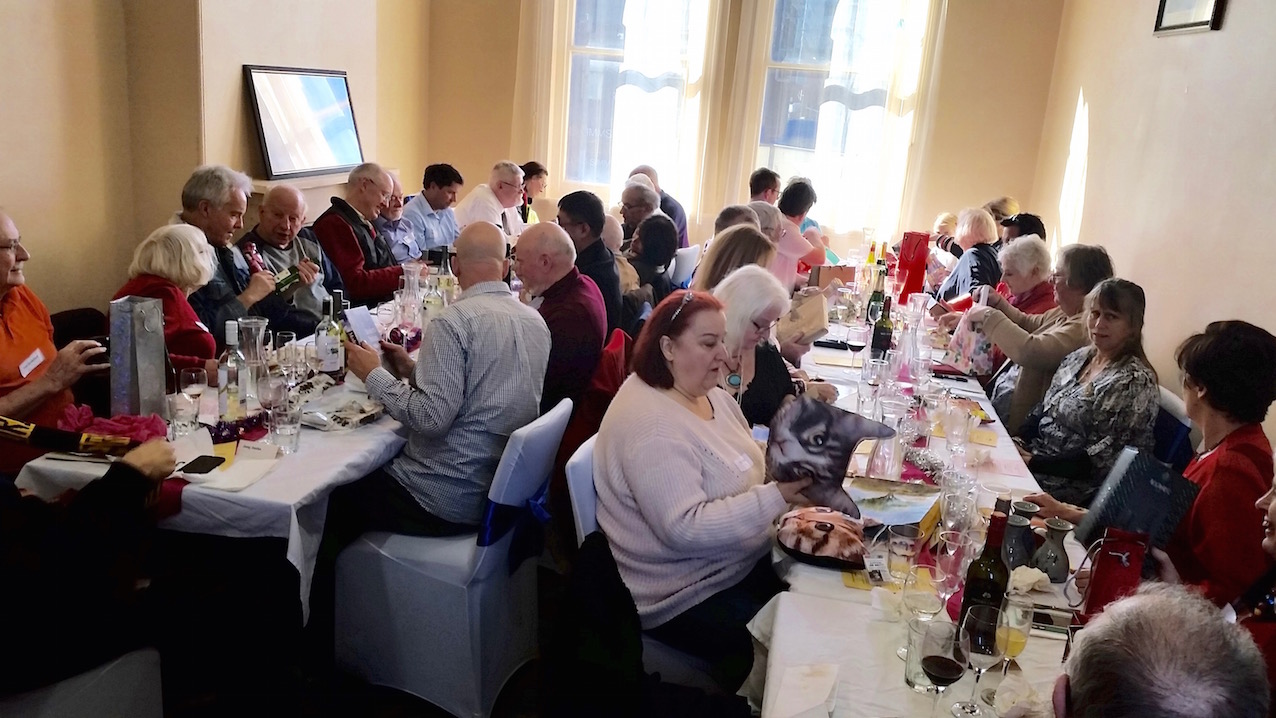 Then Robert presented, compliments of CAS as it is the Society’s 80th birthday year, a great platter of snowballs blazing with sparklers, and everyone sang Happy Birthday to CAS. Then dessert - delicious Pistachio Kulfi (Indian ice-cream) - and a snowball.

People loved the food, the ambience, the fun of the Kris Kringle, and meeting old and new friends. It was a very enjoyable and happy occasion. Thank you Robert, Cressida and Fred for all your work in organising such a successful celebration, it was very much appreciated.