at the Herring Island Gallery

as part of the Herring Island Summer Arts Festival 2021

Well! This was the best opening yet!

Hundreds of people took the opportunity to cross the Yarra River on the punt from Como landing to see the works on offer in this year’s A4 art show on the only island on the Yarra (and one of the best kept secrets in Melbourne.)

Walking past the picnic area on the way to the gallery

The opening was, I think, the best opening we have had in a long time. There was a real buzz of excitement on the day. There were so many excellent works for sale and it was no wonder we sold 49 of them on the first day. 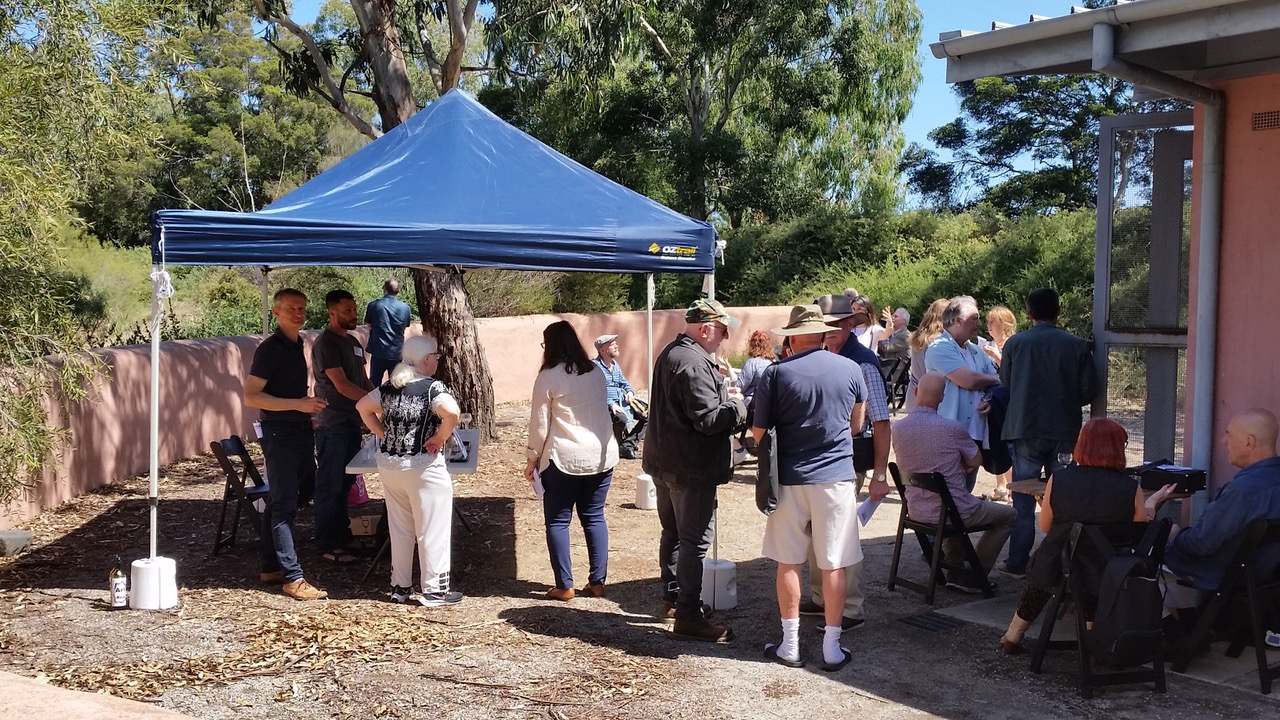 In the gallery courtyard on opening day 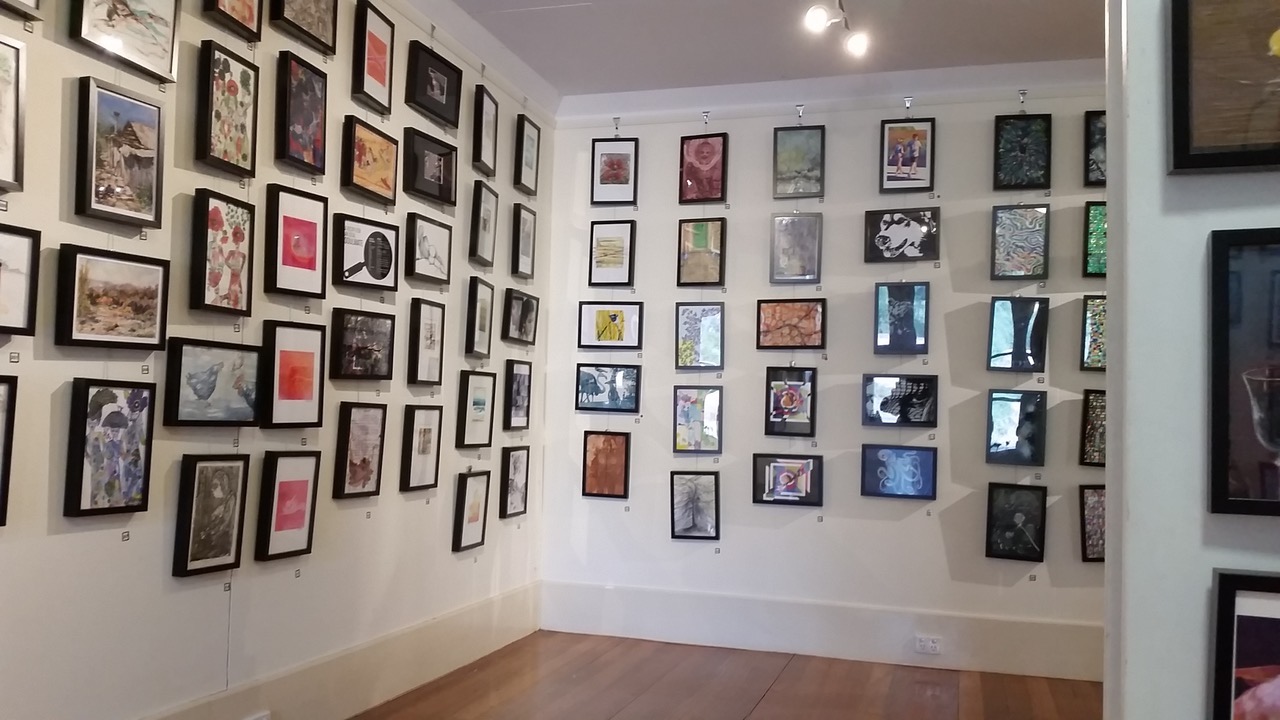 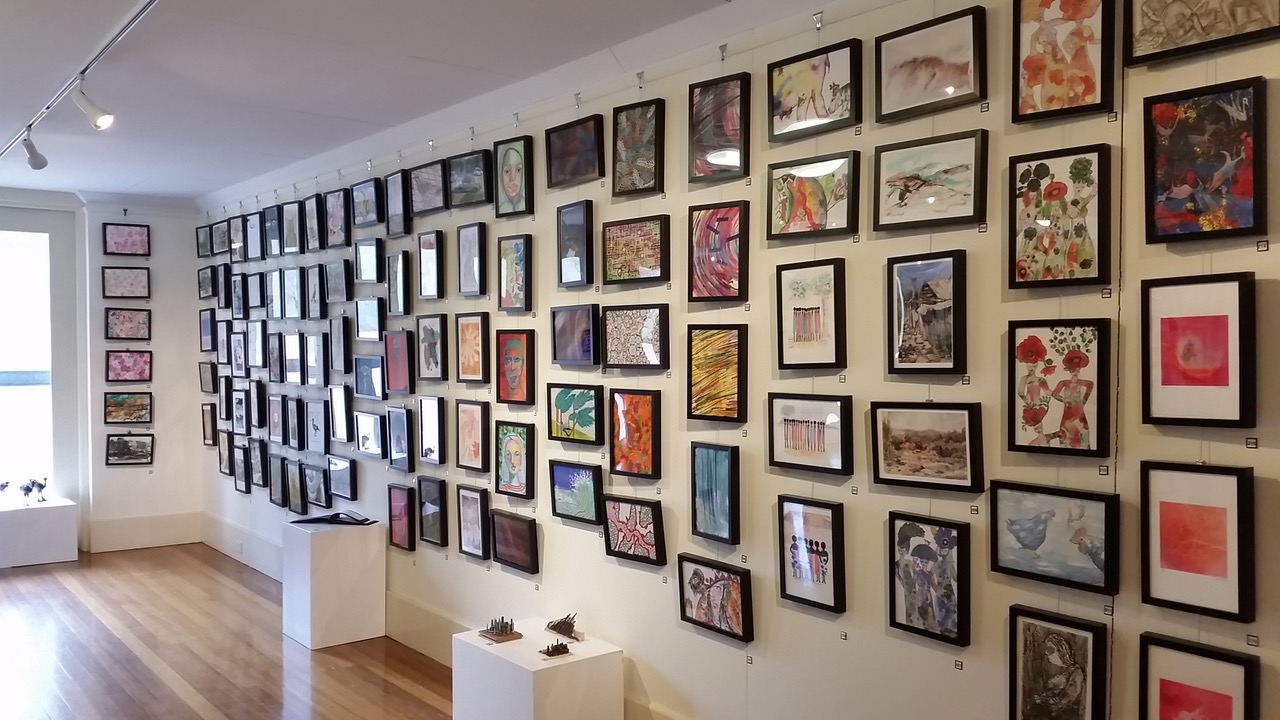 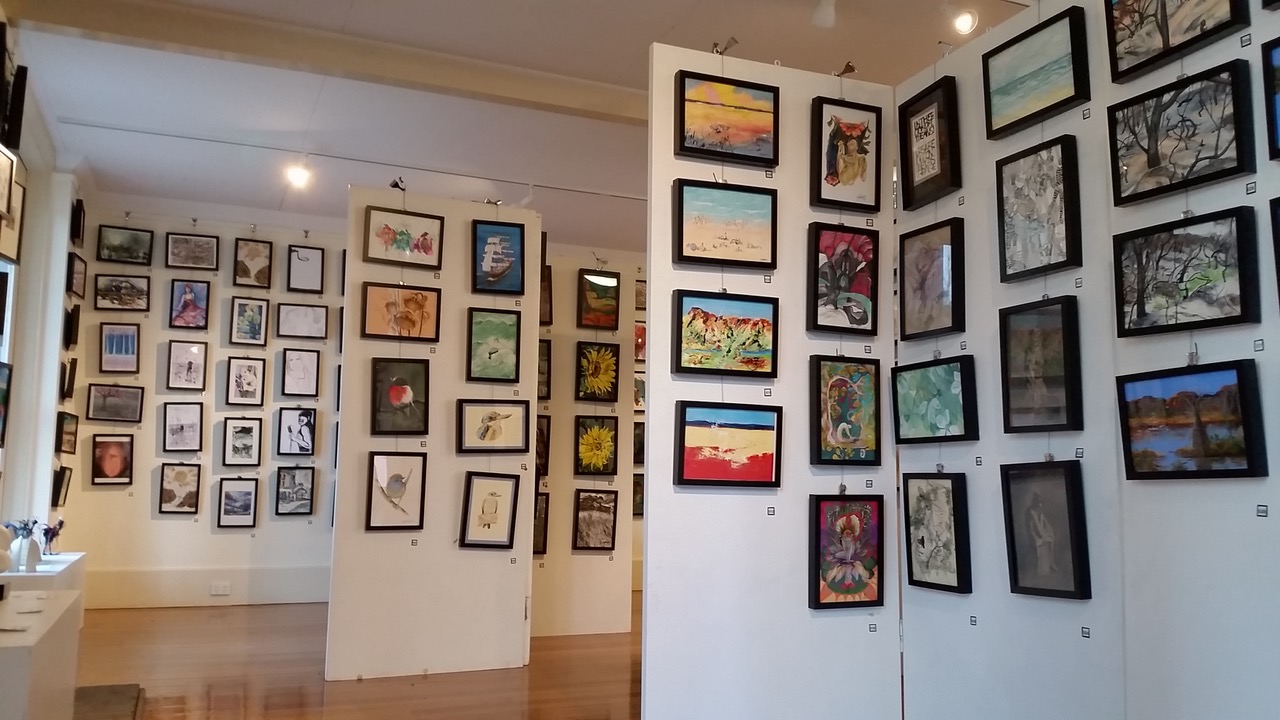 There are: abstracts, watercolours, pencil, colour pencil, inks, acrylics, gouache, oils, charcoal, linocuts, etchings, photographs, you name it you will probably be able to find one, and the subject matter is even more varied.

Paintings, drawings, photography, you name it 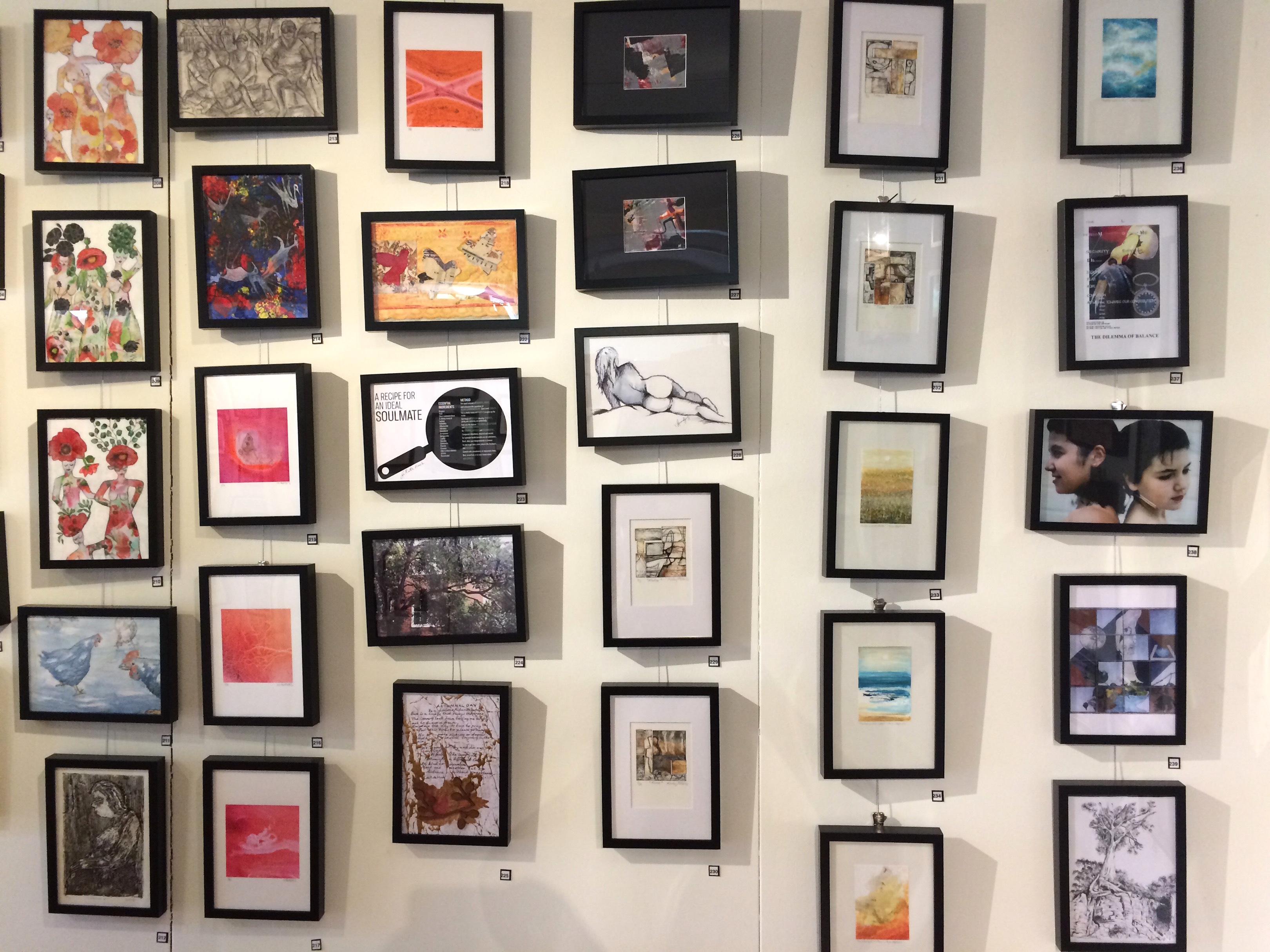 The Contemporary Arts Society of Victoria’s A4 Art Australia show opened on the 6th of March, showed at the Herring Island Gallery until 5th April, and is now A4 Art Australia Online till 30 June.

This year we have had a record number of entries … 638 art works! We have sold over 170 of them so far. This is the eighth year we have run the A4 Art; entries have come from almost every state and Territory in Australia. It just keeps growing.

There are examples of every type of medium and as the subject matter is open, there is sure to be something in the show to appeal to everyone. There are really amazing works for sale at really reasonable prices. There is as you can see, a huge variety of in all mediums and prices and the only consistent thing is that they are ALL A4 size.

The work that goes into the setting up of this show is phenomenal! It starts early with the Call for Artists. No! I am wrong. It starts way before that … with the planning, venue confirmation, date setting, coordination with the groups involved, finding sponsors, then the creation of the Call for Artists flyers, emails, ads and social media posts.

Then the works start to arrive by mail and they have to be unpacked, be checked, collated and filed. The next stage is photographing all the works to be later uploaded to the CAS Website.

And now comes the framing, which is done at the gallery at Herring Island with a happy band of volunteers. This year we had 23! The works are framed in alphanumeric order. 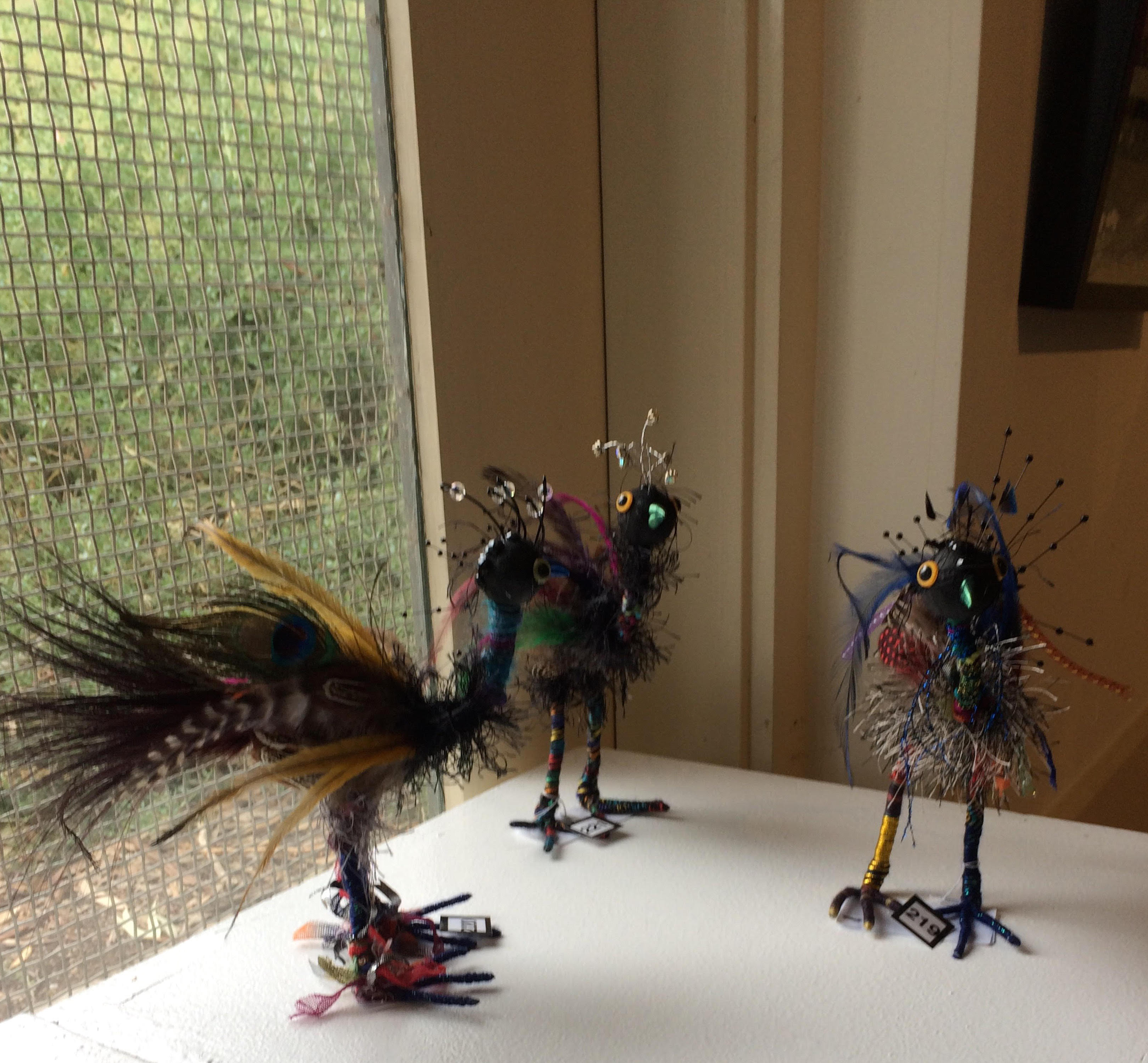 We had 638 works to frame and place (there are always a number of sculptures which fit into the A4 cubed size). 638 works is an absolute record and higher than the New York A4 show earlier this year. We had four teams of framers sat at tables about five in each team, then we had runners keeping the tables supplied with frames and pictures (in folders of about 25 works), we had others setting up screens and hanging wires. The teams worked like machines and with speed and efficiency. We framed all of the works in the same time as last year but we had over 100 more works to do. We even managed to start hanging the works that day. 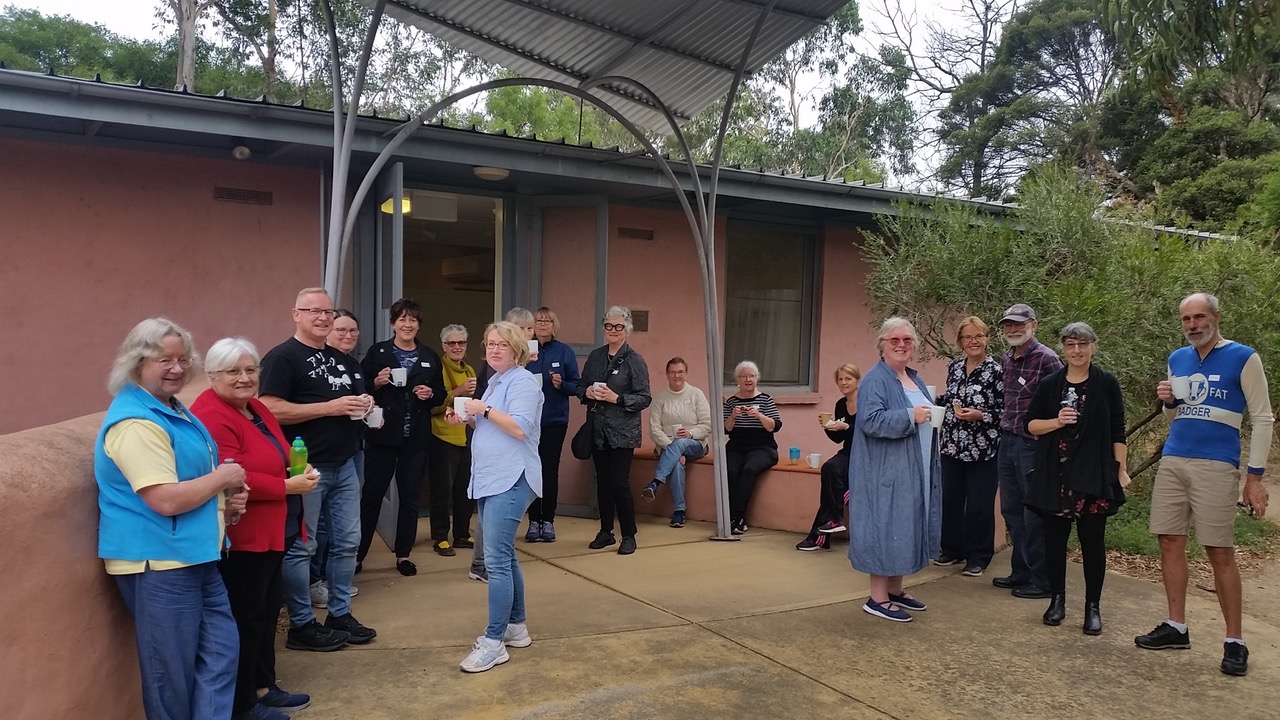 On Friday 5th we returned to complete the hanging. As we had so many works, we had had to erect extra boards to be able to fit them in. Again we worked in teams. The first team hung he top two work and numbered them. The next team hung the next three works below and the third team made sure the numbers were in the correct position beneath them to the right and made sure they were straight with no wires hanging out.

Part of the A4 Hanging Team hard at work

Lining up the boxes 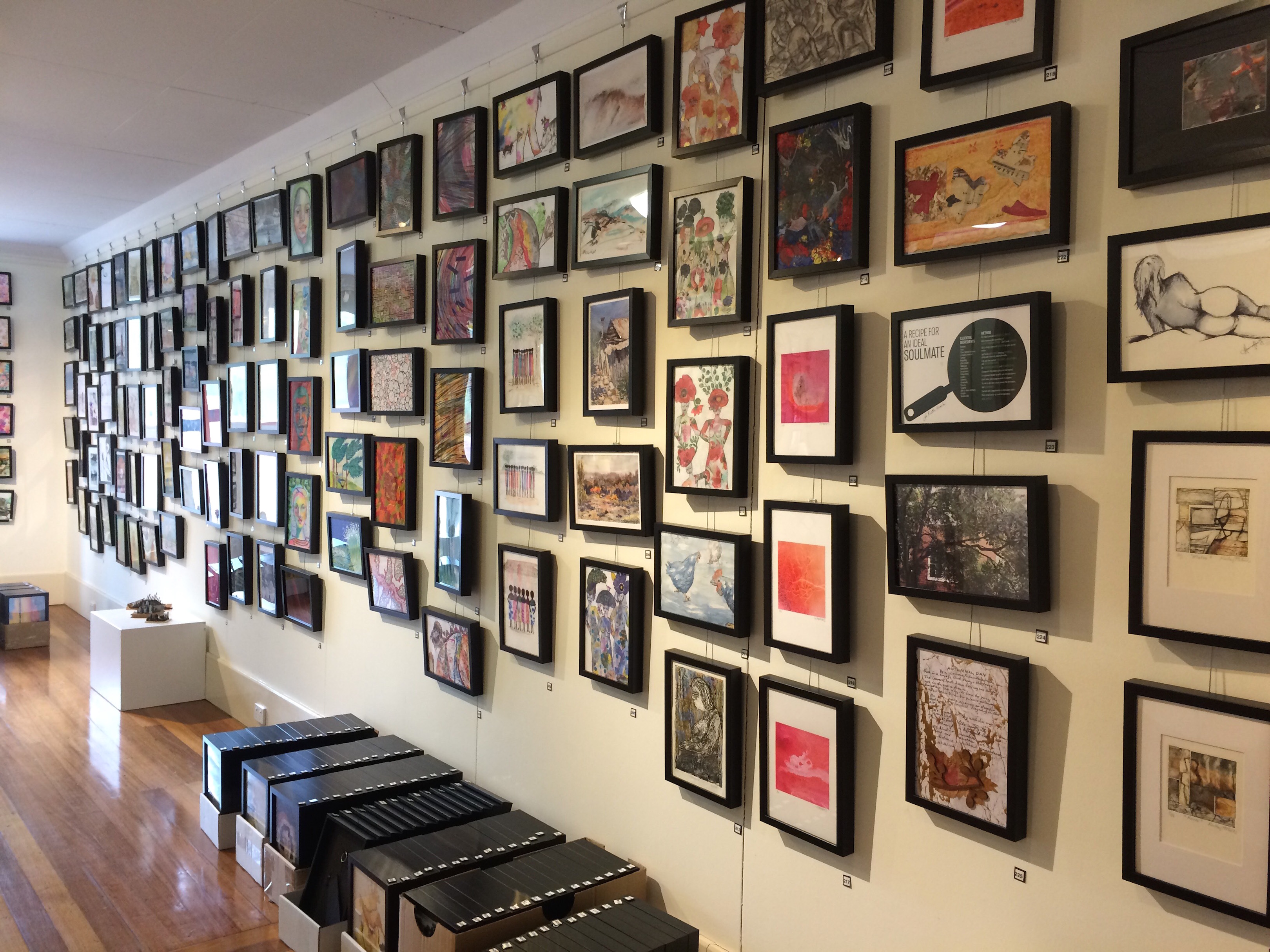 Another team delivered the boxes of the framed pictures to the right spots for the hangers while others, fixing and adding hanging cables, fixing frames with the wrong fittings, moving tables … The list goes on, but eventually we got to the end of it all. Both days were joyous occasions with everyone chipping in and doing their bit.

This is what the society is all about really, Lovely artists and friends putting in to the Society to make the show a success. After all, the Society IS the people who want to show their work. The more we all put in the more we all get back.

The show was on over the Easter week end - Friday, Saturday, Sunday and Monday. Plan for next year, take a picnic and discover the island and the art for yourself. You can only get to the island while the Herring Island Summer Art Festival is on, and only at the weekend and on public holidays. The Festival starts in January each year and runs to early April. The festival is in three parts: The Association of Sculptors of Victoria open the Festival with their show which this year ran from 16th January to 7th of February and was called “Against the Odds”. The Valley Potters then started their show, “Out of the Void”, on 13th February. It ended on 28th February. For more information: www.sculptorsvictoria.asn.au and www.valleypotters.org.au